NextReview | For the Love of the Boogeyman: 40 Years of Halloween
FeatureFilm

From a sanitised Die Hard sequel to an R-rated Star Trek, when it comes to ratings Hollywood is incapable of leaving well enough alone.

This was originally published at Flickering Myth on 13 October 2018.

From a sanitised Die Hard sequel to an R-rated Star Trek, when it comes to ratings Hollywood is incapable of leaving well enough alone.

The Dark Age of PG-13-ification

Alien Vs Predator, The Expendables 3, World War Z, Max Payne, Live Free or Die Hard, Prom Night (2008), Terminator Genisys, Total Recall (2012). If I were to ask you what underlying factor links together those films, how would you respond? Aside from by saying that they’re all distinctly mediocre or outright terrible. Granted that is a very salient point, but there’s something more specific unifying this miserable bunch.

Indeed, the true commonality here is that each of these limp releases was infamously neutered by their respective studios, all for the sake of lowering the MPAA rating. With conspicuously absent violence and embarrassingly-censored language, these sanitized misfires all fell completely flat. This is because they were forced to sacrifice their integrity at the altar of an ill-fitting PG-13 certificate. 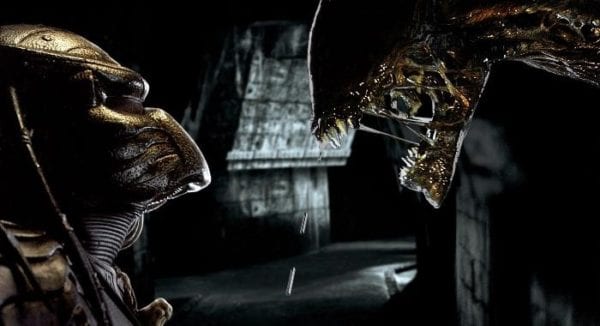 You may recall a time when this undignified fate was imposed upon most blockbusters. After all, it used to be standard practice for the industry to water down explicitly mature properties, in order to make them more palatable to younger viewers. This was especially true around the turn of the millennium, when Hollywood inexplicably convinced itself that R-ratings were no longer profitable and so turned its back on them altogether.

This arbitrary mindset lead to studios sabotaging their own products, so that they could appeal to a broader audience and maximise ticket sales. There was a subsequent pandemic of lameness, with iconic horrors being reduced to tame, bloodless affairs (The Fog) and action flicks transforming into timid shadows of their former selves (Taken 2).

Fans were naturally opposed to the trend and yearned for the halcyon days of high body-counts, graphic decapitations and liberally deployed F-bombs. But it wasn’t just the ‘’basement dwellers’’ complaining either, as slowly-but-surely everyone became sick of the dreaded ‘’PG-13-ification’’. This fatigue extended from the general public, to professional reviewers and even filmmakers themselves, who felt like they were being routinely hamstrung.

However, you’ve probably noticed a dramatic shift occurring in the last few years, with the pendulum swinging in the other direction entirely. Now, studios can’t get enough of R-ratings and are trying to cram as much NSFW content into their releases as humanly possible. They’re even going so far as to commission reshoots and alternative cuts, all with the express purpose of bumping up the certificate. It’s like they’ve done a complete 180! 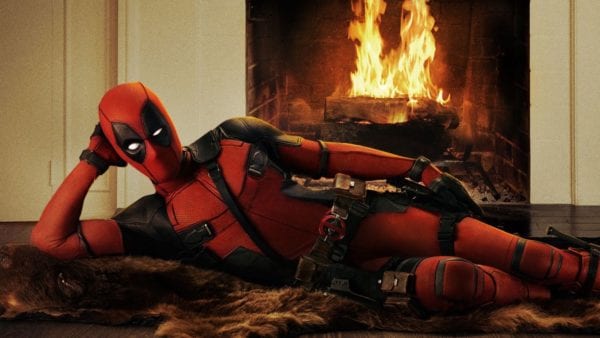 This seismic change can largely be attributed to the earth-shattering success of Deadpool, the plucky underdog that surpassed all box-office expectations back in 2016. Indeed, off the back of the watershed hit, Hollywood has been (re)convinced that ‘’mature’’ films can be commercially viable. By extension, the potty-mouthed sensation has almost single-handedly ushered in a new era of R-rated supremacy and everybody wants a piece of the action.

As a result, the industry is currently in the midst of a veritable frenzy, with studios going out of their way to find any edgy or risque franchises to call their own. In fact, the R-rating has now become a badge of honour among movies: one that is synonymous with cool; fun; and daringness. In comparison, having a PG-13 just makes you look kind of stuffy and behind-the-times.

As one of those whiners who spent years lamenting the ostracism of the R-rating, I can attest that this transition has been vindicating. What’s more, some truly fantastic films have spawned from the mania, ones that would have otherwise been unthinkable, like the recent It adaptation and Logan.

Still, it would be naive to think that studios have learned their lesson. Sure, they’ve gleaned something from the merc-with-a-mouth’s lucrative performance, yet the conclusion they’ve arrived at is typically misguided and simplistic. They should have realised the value of taking risks and of placing greater confidence in their filmmakers. They should have seen the error of their ways and resolved to no longer tamper with art. But instead, they are now under the impression that an R-rating is the be-all-and-end-all and that gore, nudity, or profanity will automatically make their films more popular. Which is why they’re now trying to compel their productions into meeting this criteria. 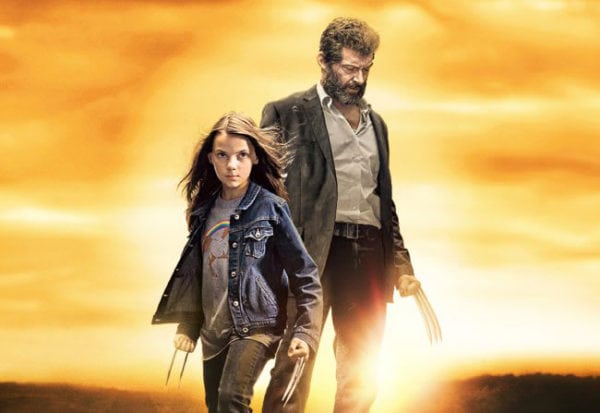 Because make no mistake, they’re still interfering with movies and feebly trying to contrive ways of second-guessing the market. The only difference is that they’re now doing it in the inverse direction and want everything to be ‘’hardcore’’, irrespective of whether it makes any goddamn sense! I mean, just look at some of these proposed reimaginings: R-rated Star Trek; R-rated Transformers, R-rated Superman! It’s madness.

Just like Alien Vs Predator never suited a PG-13, these properties have absolutely no business adopting a restricted certificate. Having Bumblebee say “Fuck” isn’t going to improve things for the Transformers series, it’s just going to feel awkward and jarring. Likewise, Star Trek is supposed to be a hopeful and optimistic vision of the future: one built on notions of tolerance; open-mindedness; and peaceful cohabitation. So to reconfigure the whole thing as a gritty nightmare about the “Horrors of Space” would be a betrayal of its very essence.

In fact, slapping an out-of-place R over the top of Star Trek will cause just as much damage as stripping the R away from Die Hard did. The principle remains the same, as the industry is still meddling with its films and is still prioritising those MPAA ratings over their creative instinct.

Whilst having an R might be in vogue right now, that doesn’t negate the fact that each movie needs to be assessed on its own terms! Some, like Star Wars or Spider-Man, ought to be suitable for consumption by anyone. They’re innocent adventure stories and need to have a lighter feel that’s in keeping with that tone. Contrastingly, things like The Raid, John Wick, or Kingsman absolutely rely on being able to push the boat out and so need the flexibility that a higher certificate provides. 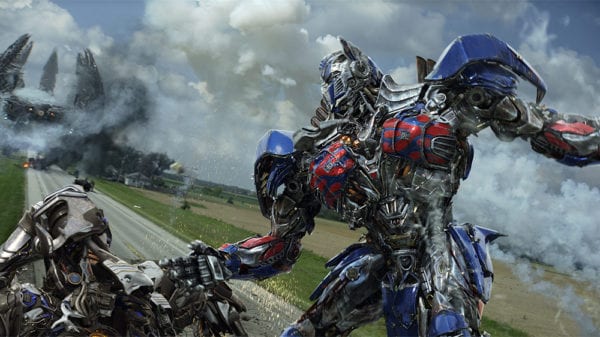 The thing is, producers should be able to easily identify which of their properties fall into which camp. Yet they have repeatedly demonstrated that they are incapable of making these judgements sensibly. First they thought that a Robocop remake would be worthwhile without the blood, and now they seem to think that the key to salvaging Transformers is to have Optimus Prime orchestrate a gang-bang or something. Frankly, if a person believes that such a franchise (which let me remind you, is based on a toyline) would benefit from an R-rating, then they’re probably not the right person to be helming that particular project. Honestly, the situation is getting out of hand. And should things carry on in this vein, then R-mania is going to have just as many casualties as PG-13-ification ever did.

R-Ratings Are Not a Magic Fix

Of course, we all know this isn’t really about the improving quality of films. No, if an adult Transformers ever does materialise, then it won’t be a creatively-motivated decision. On the contrary, it’ll be the result of some cynical executive sticking their nose in and deciding that such a venture would increase their profit margins. Why? Because Rs are the “in thing” right now and there’s no artistic justification beyond that.

Speaking of which, does anyone else feel like these transparent attempts to ride on Deadpool’s coattails are becoming increasingly desperate? Look at The Happytime Murders. Its marketing was wholly dependent upon the viewer being attracted to lazy dick jokes and other tired, raunchy gags. The fact that they didn’t shown anything especially funny was presumably irrelevant, because it was R and that was meant to be enough. It’s all the trailer had to work with and it milked that selling point for every last drop, practically screaming “Look, we’re edgy! We’ve got swearing! Please like us!” 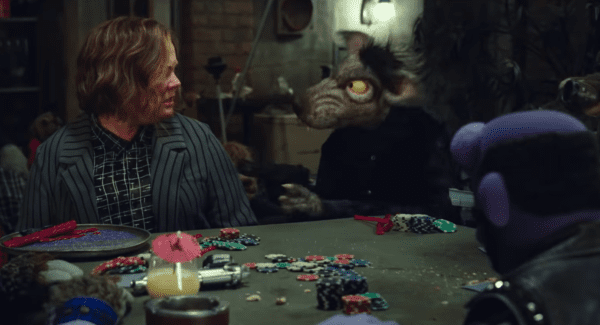 Worse still, a lot of people seem to be drinking the Kool-Aid on this one. You can already see pundits getting carried away, placing far too much weight on the intrinsic merit of an R, as if they expect it to inherently lead to better movies. For instance, there’s a staggering amount of articles out there suggesting that Venom’s fate ultimately hinged on whether it would attain a restricted certificate, like that alone would have made the difference between it being a bad or good film. Likewise, The Predator was swept up in a similar discussion and when we all discovered that it actually was going to be an R, then the delirious excitement this generated ended up overshadowing the more important things: like the troubling behind the scenes rumours and the well-documented reshoots. Even decade-old movies are now being roped into the discussion, with Nic Cage positing that Ghost Rider would have been more bearable had it only been an R (I suppose that’d be true if you ignore the bad screenwriting, lackluster direction and poor VFX).

But in the end a certificate couldn’t save Venom, nor would it have ever rescued Ghost Rider. For adult content alone is not enough to centre a movie on. Admittedly, when used well things like violence can complement a film, but in these instances it’s just the icing on the cake. Now that might seem obvious to you, but it’s a lesson that the industry could do with internalising. After all, as long as they continue to steer films into specific ratings (be it G, PG-13, or R), then they are just shooting themselves in the foot.

Obviously there are some caveats to this. Like if Paul King wanted to open Pandington 3 with unsimulated oral sex, then it would probably be wise for someone to intervene. But unless directors intend on doing something that blatantly inappropriate (you know, like a fucking R-rated Star Trek), then producers should simply let the creative process take its natural course. Because ratings need to be earned organically and more importantly, they should always be the end-result of unfettered artistic decisions. Not the other way around.