Dead List might feel like a glorified home-movie, but it is consistently fun. Sometimes it manages to hold your attention by making you laugh at it but this is often balanced out by moments that show genuine promise and talent.

If you type the words “Dead List” into Google, then you will be immediately confronted with a terrifying portrait of online culture. Granted, the same could be said for almost any two word combination on the internet. After all, there’s plenty of stuff out there to make you question our worth as a species, like revenge porn, malware viruses, Logan Paul videos and those articles where you have to click on a new page every 50 fucking words. Still, even in the festering cesspit of depravity that is the world wide web,‘’Dead List’’ manages to conjure up some uniquely depressing results.

For context, there seems to be a worrying abundance of blogs dedicated to forecasting which elderly celebrities will be the next to expire. Each of these sites is repulsive in its own right, but The Death List manages to stand out amongst the bunch, by keeping a running tally of their accurate predictions. They even go as far as to proudly display their score out-of-50 right right at the top of the page, just next to the eminently classy tagline; ‘’on today, gone tomorrow’’. Oh and they have a tacky merchandise store where you can buy their official underwear too. Nice!

Now as far as I’m concerned, no film should have its SEO comprised by a website that features headlines like ‘’No More Squawking for Hawking’’ and ‘’Hef in Hell?!’’ So in that sense, I feel inclined to be generous to Dead List, because no matter how shoddily made it is, it doesn’t deserve to be buried beneath all of this decadent slime. It makes me feel bad for it. Indeed, by virtue of not being a ghoulish mortality aggregate, it should be ranked higher in search engines results. 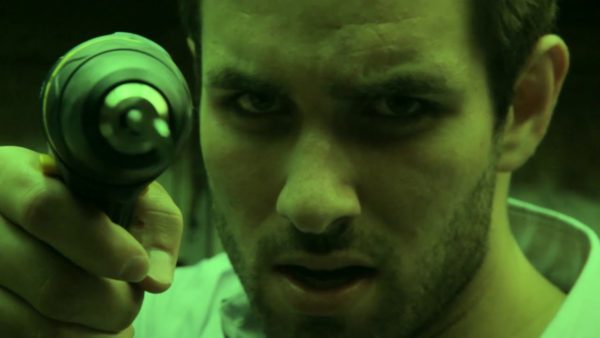 Sure, the camera work is ugly and the colour grading will be instantly off-putting to anyone with eyes. And yes, the production values are consistently appalling, the acting is at times embarrassing and the script is full of accidentally hilarious moments (e.g. ‘’There’s not enough space in this 5-seater to fit 4 people. Sorry you’re gonna have to get in the trunk!’’)

But beneath this scrappy, amateurish surface is an anthology rife with creative vigour and affectionate direction. For this very reason, I can honestly say that I found Dead List to be strangely charming and endearing, as it’s blatantly a misguided labour of love. Each of the film’s discrete chapters has something worth recommending in it, be it an interesting, if not particularly well realised concept, an inventive, if not particularly frightening scare, or just some fascinatingly inept decisions.

Even the lamest sequence, a silly, Drag Me to Hell riff with a demonic hag, offers up plenty of unintentional amusement. Which is still amusement. Most of the laughs stem from a ludicrously hammy performance, courtesy of Susan Stangl, who plays the cackling witch with such demented relish, that she begins to resemble a Monty Python character. Every single moment she is on screen is glorious, as she comically presses her face against windows, manically bulges her eyes and generally overacts to a cartoonist degree. 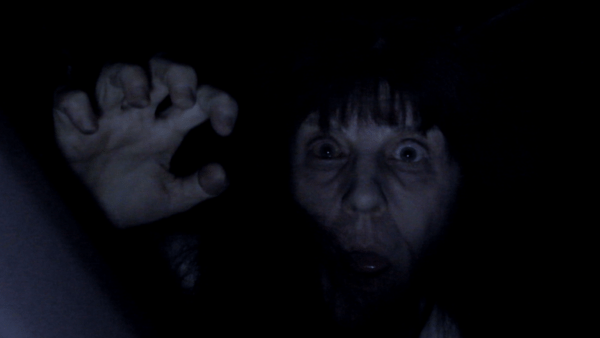 Curiously enough, not all of the highlights are of the so-bad-its good variety. As with any anthology, this is of course a mixed-bag, but what’s striking is how much the episodes differ in quality. Whilst some are enjoyably terrible, others are just legitimately enjoyable!  For instance, a protracted sequence with a monstrous clown (obviously riding on the coattails of It) has some surprisingly novel ideas, such as balloon art that doubles up as a voodoo doll and a sentient chain of magic handkerchiefs that act like a snake.

The framing device that links together all of the disparate segments is also fairly clever. Essentially, a struggling actor is driving home following a disastrous audition, when a cryptic book mysteriously lands on the roof of his car. He takes the artefact home, with the intention of selling it online, only for his roommate (who is inexplicably schooled in the dark arts) to interject, explaining that the book can be used to sentence people to death by way of a mystical force. All you have to do is scribble down the target’s name and then let the eldritch horrors do the rest.

Tempted by this offer, our protagonist decides to eliminate his competition and writes down the names of all his acting buddies, so that they can never steal a role from him again.  Each chapter then presents the fallout of this decision, with the chosen individuals being menaced by a different threat. Oh and to spice things up, it’s all presented out of sequence and with overlapping chronology, kind of like Pulp Fiction. 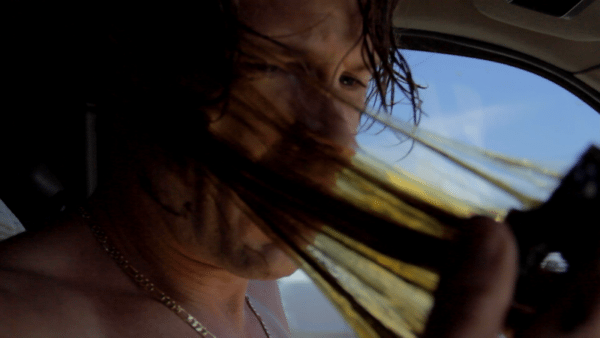 This is a relatively strong premise; think Death Note by way of Kill Your Friends. What works about it is that the vague nature of the malevolent force allows the filmmakers to change things up at any given time, without having to worry about how it all fits into the larger scheme of things. As a result, one minute we might be treated to a clunky race relations parable, the next we’re transported into a pulpy body horror movie.

In this regard, the overarching conceit of ‘’write down a name and then something bad will happen’’ is very liberating and stops the movie from ever falling into a repetitive rut. Because the book seemingly has an unlimited scope for what it can do, the filmmakers are free to transition between various different tones and sub-genres of horror, whilst still maintaining the sense of narrative progression that you would get with a traditional film. It’s the best of both worlds really; preserving the anything-goes sensibility of an anthology, but also facilitating a more focused narrative.

All in all,  Dead List might feel like a glorified home-movie, but it is consistently fun. Sometimes it manages to hold your attention by making you laugh at it (thanks to its DIY makeup effects and wonky performances)  but this is often balanced out by moments that show genuine promise and talent. Either way it’s never boring, which is more than I can say for a lot of straight to VOD releases.

Reel Opinions is a UK based film review group that covers just about anything. From reviews of terrible movies to interviews with casts and directors Reel Opinions covers everything we can be bothered to make.